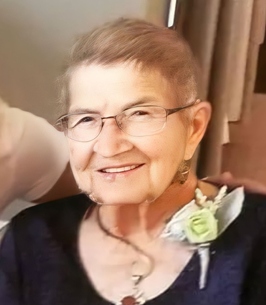 Nancy Jane (Rosenberg) Anders, age 89 of Middleville passed away on January 3, 2023 after a short stay in the hospital.

Nancy was born on July 29, 1933 in Barry County, Michigan to Claud John Rosenberg and Mary Malvina (Boley) Rosenberg. She graduated in 1951 from Thornapple Kellogg before marrying Robert (Bob) Fred Anders of Delton, Michigan. They spent 1 yr in Fort Atterbury, Indiana before returning to Michigan.

Nancy worked in a factory for a few years before becoming a stay at home Mom. She then drove school bus for Thornapple Kellogg Schools for 14 years simultaneously operating Gibby’s Footlong Hotdog Concession in the summer. She retired from the concession business after 21 years.

Nan and Bob spent winters in Florida and Arizona enjoying time with family and friends. Many good times were had at her brother Dodie's house in Arizona exploring the desert and mountains. Copious hands of cards were played at night. When it was time, they were happy to spend their winters back in Michigan.

Nancy’s family will receive friends on Friday, January 6, 2023, 6:00 to 8:00 PM at the Beeler-Gores Funeral Home where her memorial service will be conducted on Saturday, January 7, 2023, at 11:00 AM. Private burial will take place at Mount Hope Cemetery. Memorial contributions to the Thornapple Kellogg Alumni Association will be appreciated. Please visit www.beelergoresfuneral.com to share a memory or to leave a condolence message for Nancy’s family.