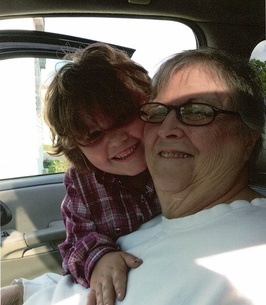 Char was born on June 12 1945 to Saide and Irene (Neeson) Abasse, in Grand Rapids MI. In 1953 the family moved out of Grand Rapids to the Yankee Springs/Middleville area. She completed all 12 grades in what she called the 'old old high school' graduating a proud TK Trojan in 1963.

Over many years Char worked many jobs including her uncle's gas station on Neeson's corner, several local bars and two nursing homes. Caregiving was her passion and becoming an RN was her dream. In 1983 when her grandma became ill with Alzheimer's disease she became her legal guardian and caregiver for 14 years.
Char had many hobbies. Any kind of trivia, Wheel of Fortune and Jeopardy were always a favorite when she wasn't watching a crime show such as CSI - any of them or her new fav Hawaii 5-0. Sudoku, crosswords and mind puzzle books could always be found near her chair. But what she loved most was spending time with family and friends and using her gift to gab. A diet coke or hot cup of coffee was the beginning of many a story or a great line of jokes. Seeing people smiling was her joy. The years following her car accident changed some of her hobbies such as bowling but gave her more time to embroider, watch old movies and color. Which was a very important part of her day with her granddaughter Kennedy. Although many changes took place her smile never went away.

In 41 years Char would never miss an opportunity to tell anyone about her miracle baby Sabrina Irene. She always made sure they knew how proud she was of her only daughter and her family.

Char is survived by her only daughter Sabrina I. (Abasse) Blackmore and her husband Phil. Her granddaughter Kennedy Lynn - who without a doubt was grandma's girl and loved her so much.

Over the years of helping so many she earned the names of 'Aunt Char' or 'Mom' and she loved each one like her own.

Aunt Char or Mom always said she was blessed to have so much love and support over the years for both her and I. A special thank you to Jerry and Kathy Newton, Tammy and family, Jennifer and Family, Tekeitha and family and Ann Messer.

Char was welcomed into her pain free eternal life by her mom and dad, grandparents, several aunt's, uncle's, cousins and dear friends and extended family as well. I am sure Aunt Sandy had the coffee on and the cards shuffled.

Friends and relatives may meet with Char’s family on Wednesday, September 14 from 4 to 7 P.M. at the Beeler-Gores Funeral Home. Memorial contributions may be made to the Wayland VFW Post 7581. Please visit www.beelergoresfuneral.com to share a memory or leave a condolence message for Char's family.