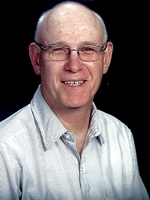 Dennis Lee Campbell, age 74, passed away May 8, 2022 at home in Delton after a short illness with Acute Myeloid Leukemia. Dennis was born December 2, 1947 in Hastings, MI, to Merwin and Pauline (Bagley) Campbell. He lived in Delton his entire life and graduated from Delton Kellogg Schools, class of 1966. He attended Kellogg Community College and Western Michigan University. He worked in the area at many grocery stores and later had a Brownberry Bread/Thomas English Muffin route that he shared the stale with the community. Dennis sold that route and was hired by Eagle Snacks and later Hostess Co. His all time favorite job was being a bank courier manager in Grandville responsible for numerous routes and employees for ten years. Economy forced him into an early retirement. Dennis had a deep love for his family and friends. To meet him was to be considered a lifetime friend and he enjoyed reminiscing whenever the opportunity arose. He was an avid birdwatcher and has numerous bird sightings on his lifetime list. He also enjoyed reading books and usually had a couple of books reading at the same time. Another enjoyment he had was playing baseball and modified softball. After he quit playing in his 50’s he ran Delton’s modified softball league for both the men’s and women’s teams. His dogs were very special and later in life he enjoyed walking them. With his last lab, Baxter, they walked almost five miles every day. He was a die-hard Tiger fan and went to quite a few of the games. He loved road trips and antiquing for unusual items. His favorite trip was taking the entire family (16 members) on an Alaskan cruise in July 2019. Surviving Dennis is the love of his life, Janis Gail Williams Campbell, who he married August 12, 1979. He is also survived by his three children: daughter, Nichole Lee (Dan Bacon) Campbell; two sons: Benjamin Robert (Stacie) Campbell and William Matthew (Amanda) Campbell; six grandchildren: Brittany Nichole (Kelly Weber) Marshall, Tanner Edward Marshall, Jonah Xavier Campbell, Alissa Ann Campbell, Gavyn Magnus Campbell, and Haylee Jane Campbell; one great granddaughter, Deliah Day Elkins; siblings: Douglas (Lynn) Campbell and Dave Campbell; sister in law, Cheryl Lavender; brother in law, Michael (Sandy) Williams. He is also survived by two aunts, one uncle, many nieces, nephews, cousins, and dog, Baxter. He was preceded in death by his parents; and infant son, Jason Lee Campbell. Dennis’s family will receive friends on Friday, May 27, 2022, 10:00 to 11:00 AM at Faith United Methodist Church where his funeral service will be conducted at 11:00 AM. Pastor Sam Gordy will officiate. Burial will take place at Cedar Creek Cemetery. In lieu of flowers, memorial contributions may be made to Faith United Methodist Church. Please visit www.williamsgoresfuneral.com to share a memory or to leave a condolence message for Dennis’s family.