To share your memory on the wall of Craig Petrak, sign in using one of the following options:

Craig was born September 5, 1967, to Curt and Joan Petrak. Joan often describes Craig as the most active child she has ever encountered, often ... Read More
Craig Owen Petrak, age 53 of Middleville Michigan lost his battle with cancer May 21, 2021.

Craig was born September 5, 1967, to Curt and Joan Petrak. Joan often describes Craig as the most active child she has ever encountered, often calling upon her mother to confirm he was a "normal" boy. Curt was gifted with the patience of Job and rarely ever lost his temper when Craig and crew "borrowed" the telephone truck for necessary vehicle rescue missions. Their patience expanded beyond just this on many occasions but less is more here.

Craig grew up on Beaver Island where he was in the top 4 of his class, (of four). He enjoyed summers full of boats, boodles, and bonfires, all of which helped get him through the very long winters with nothing much more to do than reminisce with friends on summer shenanigans while playing smear and pulling each other's vehicles out of snow banks. His addiction to cars most surely started on the Island and he ran an unofficial rental car service for many years, though he never did charge for the rental, chances are if you needed a car for a few days, he had one you could use.

While Craig had many (mis)adventures in his younger years, he had his best adventures with his children, with endless trips to Beaver Island, Disney World, camping, Nascar races (he was a Gordon fan till the end) and even a trip cross country. What goes around comes around and Craig was gifted with a busy boy much like himself who knew oh so many new and improved ways to heighten one’s blood pressure, lucky for him he was then blessed with a daughter who loved shopping more than mischief so it helped even out that blood pressure! Chase and Addison were his whole world and it showed in all the many days of fishing and hunting he endured, even though they weren’t his favorite pastime or the countless number of times he watched The Country Bear Jamboree at Disney with Addison because she wasn’t ready to ride the rides with mom and Chase. (He may hold a world record for the most times on It’s A Small World in one day with his girl.)

In all seriousness, Craig was the definition of a true friend, he was loyal, dependable and kind hearted, to say he will be missed would simply be an understatement.

Craig is survived by his parents: Curt and Joan; children: Chase and Addison; their mother, Danielle; unofficial third child, Taylor Johnson; brother, Christopher; sister, Jane Merriam; as well as his niece, Jeanette (Spencer) Cantu; and nephews: Mitchell Merriam, Allen, Owen and Dale Petrak; as well as numerous aunts, uncles and cousins. He is preceded in death by his grandparents and brother-in-law, Lyle Merriam.

Craig’s family will receive friends on Saturday, June 19, 2021, 10:00 to 11:45 AM at the Beeler-Gores Funeral Home where his memorial service will be conducted at 12:00 Noon. A luncheon will follow at Thornapple Valley Church, 2750 S. M-43 Highway, Hastings, at 1:30 PM. Please visit www.beelergoresfuneral.com to share a memory or to leave a condolence message for Craig’s family.
Read Less

To send flowers to the family or plant a tree in memory of Craig O. Petrak, please visit our Heartfelt Sympathies Store.

We encourage you to share your most beloved memories of Craig here, so that the family and other loved ones can always see it. You can upload cherished photographs, or share your favorite stories, and can even comment on those shared by others.

With love Leah and Josh Rasor

Posted Jun 04, 2021 at 09:07pm
My wife and Craig grew up together on Beaver Island. It wasn’t til later I finally got to meet him but heard hundreds of great stories about him prior to. He was a great person. Friend to many, enemy to none. Guy would do anything for you. Including but not limited to driving across the state to check out our roof and give us an honest estimate so we didn’t get screwed. He was a gentle giant and previously mentioned loved his kids to death. Later years I didn’t see him as often but never missed a beat. I am sure going to miss him. RIP Craig!!! Til we meet again.
Comment Share
Share via: 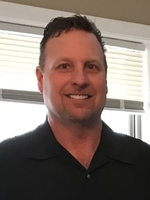