To share your memory on the wall of Everett Cook-Kirsch, sign in using one of the following options:

Everett was born on July 25, 2003, to Richard and Celeste Cook-Kirsch in Hastings, Michigan. On January 28, 2021, Everett passed away suddenly at home.

Everett was born on July 25, 2003, to Richard and Celeste Cook-Kirsch in Hastings, Michigan. On January 28, 2021, Everett passed away suddenly at home.

He had this innate ability to connect with animals, especially cats; he was often referred to as the 'cat whisperer' in the family. Growing up, when Everett played outside, there usually was a cat that would seek out his attention. Everett loved fishing, riding his quad, and spending time outdoors around nature and his animals.

Everett was a junior at Bellevue Community Schools, where he was elected Captain of the Bellevue soccer team (#10). He played with many different soccer teams over the years with many a special soccer coach that positively influenced his life. In addition to soccer, Everett and his siblings were active in 4H. They showed cattle at the Barry County Fair with Baseline 4H Club. Everett had many friends that he loved spending time with and was rarely alone. He had many fond memories of the fun he had during the week of the fair and all the family occasions where we would laugh and share stories.

The family would like Everett remembered for his fun-loving personality that could make friends wherever he went. He was a friendly, loving young man that was adored and loved in return by many.

Everett is survived by his parents Richard and Celeste, his siblings Griffith (Stephanie), Marshall (Lacey), and Sarah. His grandparents Ron and Sarah Cook and Dick and Linda Kirsch, and Great-Grandmother Carol Stansbury. He is also survived by his aunts and uncles and cousins, Eric, Shelli, Ellie Farnum and Ryan, Lisa, and Jack (Backus) Kirsch. He leaves behind a huge family of cousins, aunts, uncles, and countless friends who will miss him dearly.

Instead of flowers or monetary donations, the family asks that you support your local 4H club, soccer teams, or animal shelter. We thank you for all for the kind thoughts, prayers, and food.

Everett’s family will receive friends on Thursday, February 4, 2021 from 2:00 PM to 8:00 PM at the Williams-Gores Funeral Home where a prayer service will be held at 7:30 PM. Please visit www.williamsgoresfuneral.com to share a memory or to leave a condolence message for Everett’s family.

To send flowers to the family or plant a tree in memory of Everett J. Cook-Kirsch, please visit our Heartfelt Sympathies Store.

We encourage you to share your most beloved memories of Everett here, so that the family and other loved ones can always see it. You can upload cherished photographs, or share your favorite stories, and can even comment on those shared by others.

The Prentice Family, The Barnell Family, and other have sent flowers to the family of Everett J. Cook-Kirsch.
Show you care by sending flowers

Posted Feb 05, 2021 at 10:21am
I am so sorry to hear of your loss. I am glad they are live streaming the mass today. My prayers are being offered to your whole family as I watch and pray for Everett. Sending love and prayers Marilyn (Messing) Gilbert
Comment Share
Share via:
AV

Posted Feb 04, 2021 at 10:28pm
My prayers to the family...I am a soccer grandma who came to all the home games of Double D. Prayers of comfort are lifted up for your family and Bellevue High School students. I know he will be missed by the team mates, friends, and all those who played with him and against him.
Comment Share
Share via:
KH

Posted Feb 04, 2021 at 10:05pm
Playing soccer every Saturday with him was some of the most fun I’ve had and always sitting together on the bus ride home in elementary school will always be some of my favorite memories of school and of him. He will be deeply missed. Stay strong! My prayers are with you!
Comment Share
Share via:
MM

Posted Feb 04, 2021 at 07:08pm
We were so very to hear about Everett. He was such a great kid. We loved watching him play soccer. We also loved how he helped out the other kids no matter how big or small. Our thoughts and prayers are with you.
Comment Share
Share via:
CE 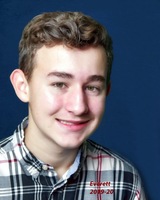 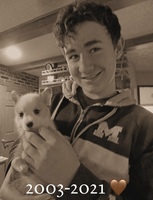 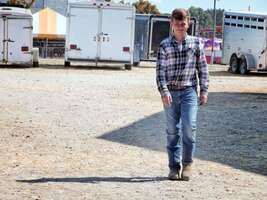