To share your memory on the wall of Charles Pullen, sign in using one of the following options:

Charles Thomas Pullen, age 71 of Middleville, passed away at Pennock Hospital on November 20, 2020. Charles was born on August 25, 1949 in Hastings to Albert and Mildred (Shooker) Pullen. Charles was a faithful employee at Bradford White for over 44 years. Charles proudly served his country in the United States Army, and being a veteran was extremely important to him. He served on numerous veteran’s committees, and volunteered with the Grand Rapids Home for Veterans-No Member Dies Alone program. He was very involved in the community – he volunteered for United Way and held various civic roles including being on the Village planning and zoning board since 2002, and serving as the Village Council President. Charles was a very giving person. He loved people and never met a stranger. In his spare time, he enjoyed being outdoors, especially hunting and fishing. Charles will be dearly missed by his loving wife, Barbara (Holtrust) Pullen; children, Katie (Chris) Thompson, Scott (Tammy) Pullen, Amanda Pullen, Jamie Bardwell, Jesse Bardwell, Jason Bardwell; grandchildren, Camden, Carter, Paityn, Jaxon, Emmi, Sebastian; brother, Theodore (Katherine) Pullen; sister-in-law, Sharron Pullen; many nieces and nephews. He was preceded in death by his parents; and brother, Al Pullen. A memorial service will be conducted at a later date. Those who wish to make a memorial contribution are asked to consider the needs of the family to help with medical expenses, or Barry County Veterans Affairs. Please visit www.beelergoresfuneral.com to leave a condolence message or share a memory with Charles’ family.

***Please note: the service that was originally scheduled has been cancelled.***
Read Less

There are no events scheduled. You can still show your support by sending flowers directly to the family, or planting a memorial tree in memory of Charles Thomas Pullen.
Plant a Tree

We encourage you to share your most beloved memories of Charles here, so that the family and other loved ones can always see it. You can upload cherished photographs, or share your favorite stories, and can even comment on those shared by others.

Posted Nov 24, 2020 at 09:05am
Charlie was on the Village Council when I was their Village Manager from 2003-2007.
He was a kind person and was always looking out for veterans.
We lost a really good person in a time when we need so many more like Charlie.
All of us owe it to him to reach out to someone who needs help and do a kind deed in his memory.
Ron M. Howell
Comment Share
Share via:

Posted Nov 23, 2020 at 03:22pm
This picture was taken 4 years ago at Hastings Mayor Frank Campbell's retirement. Charlie was a great supporter of his friends and colleagues from other communities. Thanks Charlie for all the support. 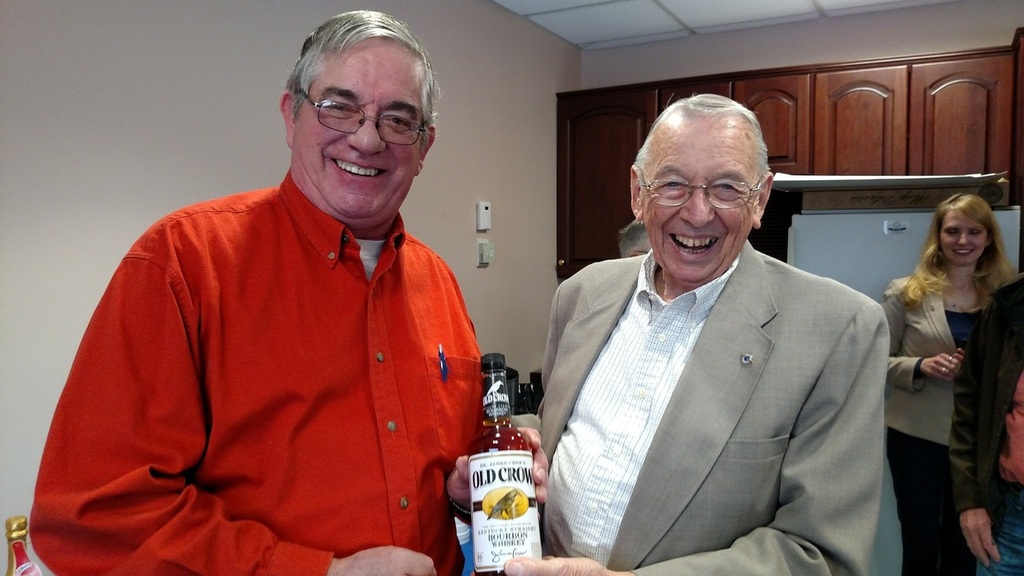 Posted Nov 23, 2020 at 11:04am
I got to know Charlie while covering the village of Middleville for the Sun and News newspaper. I didn’t know him for long but it didn’t take me long to figure out how much he loved Middleville and loved serving veterans. To me, he was Mr. Middleville. My sincere condolences to all whom Charlie loved.
Comment Share
Share via: 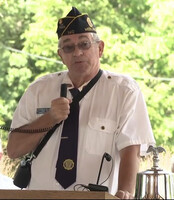 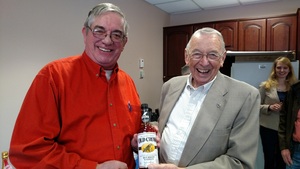