It is not always possible to pay respects in person, so we hope that this small token will help.

A gift to your family, sparing them hard decisions at an emotional time.

If you have immediate need of our services, we're available for you 24 hours a day.

Offer a gift of comfort and beauty to a family suffering from loss.

Royce and Mary Henton came to Delton in 1923 from Nashville, Michigan and opened a funeral business at the present location on East Orchard Street in a residential home. Prior to this, funerals were conducted in churches or private homes. 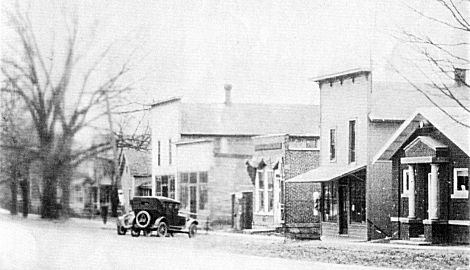 Royce Henton also operated a barber shop in a building on South Grove Street (second building from the right in the above photo from 1928). 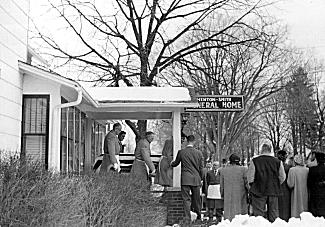 After WWII, Ivan Smith had married the middle daughter of Royce and Mary Henton. Ivan attended Cincinnati College of Embalming and joined his father-in-law in the family funeral business.  Royce Henton passed away in 1954 and Ivan Smith became the sole owner (Henton-Smith Funeral Home).

Ambulance service was offered for many years by the Henton-Smith Funeral Home and this service was continued by Bob Williams with the help of the Delton Volunteer Fireman from 1965-1975. Also assisting Bob with the ambulance and funeral service were Lynn and Delores Stedge from 1965-1972, and Wilbur and Mary Sager from 1972 to present.


John & Pam Gores purchased the business from Bob Williams on May 1, 1999.

The Gores are continuing another "tradition" at the funeral home. John and Pam are raising two daughters, Elizabeth and Emily here. Since 1923, this brings the total to 10 daughters have been raised in the funeral home.

Grieving doesn't always end with the funeral: subscribe to our free daily grief support email program, designed to help you a little bit every day, by filling out the form below.

It's hard to know what to say when someone experiences loss. Our free weekly newsletter provides insights, quotes and messages on how to help during the first year.